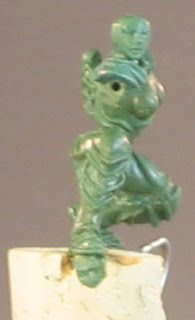 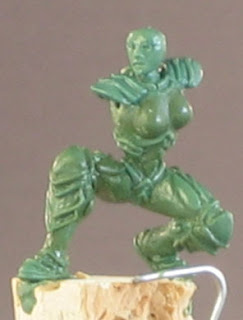 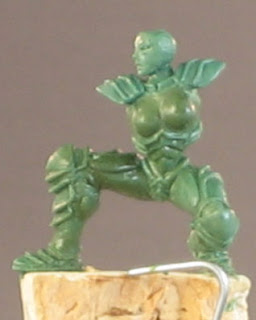 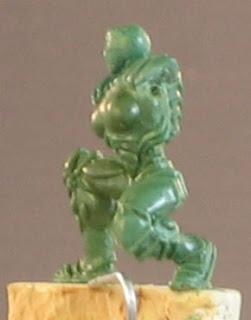 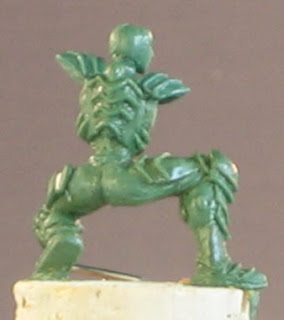 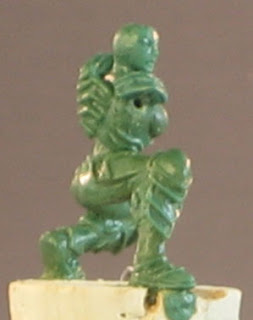 Posted by Space Corsair at 8:37 PM No comments:

Greens in the works - Miscellaneous

I like to work on several models at once for the same reasons I paint several model at a time; I can work on another one while waiting for the others to dry. 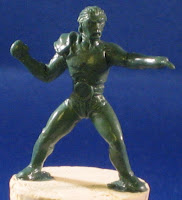 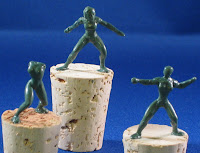 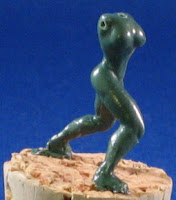 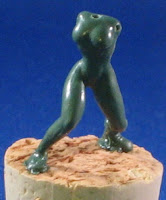 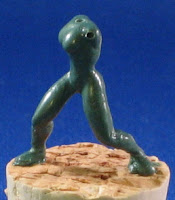 Posted by Space Corsair at 10:52 PM No comments:

Been working on this one on and off for awhile now. This one is close to being 'true scale' and is a much larger models at 38mm. Much easier to sculpt at this size. 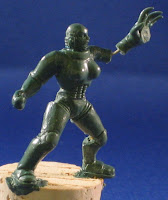 Not quite sure how to pose the left hand yet.

Posted by Space Corsair at 10:42 PM No comments:

Alternate idea for converting space marine figures into female ones. Tried making just a torso replacement part to minimize amount of work but didn't turn out as intended. Looks like I need to make changes to the legs for it to work; which kind of defeats the whole purpose. 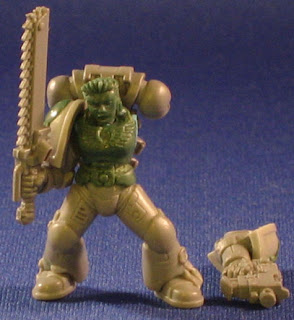 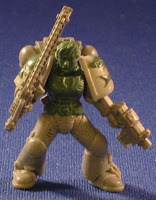 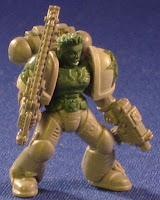 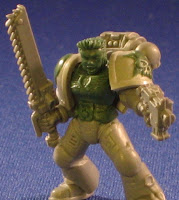 Sculpting the eagle on the chest was the toughest part of this exercise; still need to sculpt the skull in the center. The heads and shoulder pads are from parts done previously. 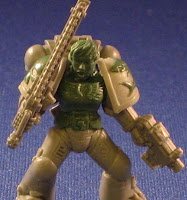 The following are the beginnings of my assault unit type torsos. Not sure how I'm going to do the jump pack harness across the chest.

Here's some in progress pics of greens I've been working on.

The client wanted a dynamic pose for this one; I hope this works. 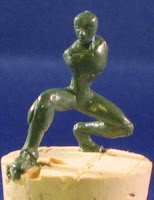 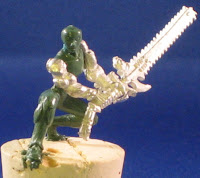 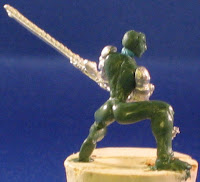 Posted by Space Corsair at 10:04 PM No comments:

For whatever reason female space marines seems to be a controversial subject among 40k players.
If you feel the need to rant and argue for or against female space marines, please go elsewhere to have your debate; I do not want this post to deteriorate into a pointless discussion.


I am well aware of why female marines aren't possible according to the fluff.  I started this project as an exercise in design and to practice my sculpting. I chose the subject matter because it seemed both challenging and intriguing to me personally.
Besides, I've been promising my friend that  I'd sculpt a unit of female marines for years  now. This one is for you, Massdriver :)
Enough with the preamble,  here's my work in progress so far. 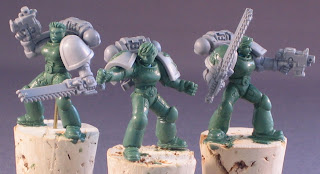 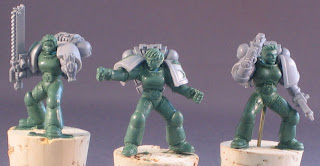 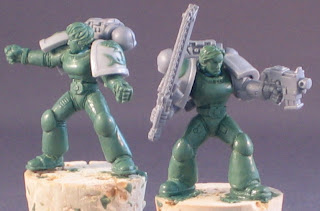 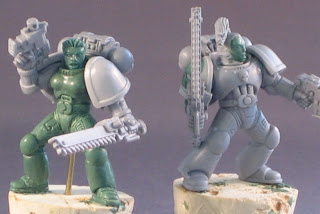 Along with the narrower shoulder width and the higher waistline, they have noticeably feminine breasts on their chest armor to accentuate the female form. They are exaggerated on purpose to make them visually easier to distinguish from the  male marines.

While it's arguable whether it has any practical merit or not, from a character design standpoint, it doesn't  make much sense to design a female character in a sci-fi fantasy setting if they are going to look just like their male counterparts.
If you think sculpted breasts on chest plates are ridiculous, I'd like to point out that the Blood Angels'  Sanguinary Guards has sculpted pecs and decorative nipples on their breastplate ;) 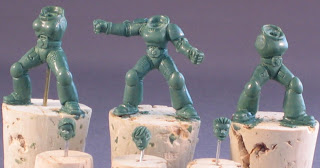 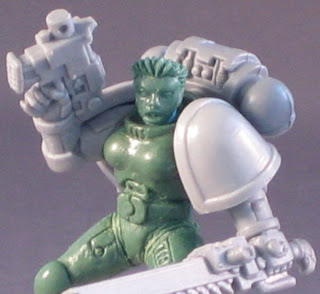 I have a few clean up to do before I begin casting. I plan on completing a combat squad of female space marines using these. Though I doubt I'll ever actually use them for gaming.
I hope you enjoy seeing them as much as I enjoyed working on them.
Posted by Space Corsair at 9:51 PM 16 comments:

What's in your closet?

Mine are full of Gundam models piling up waiting for me to get around to building them... 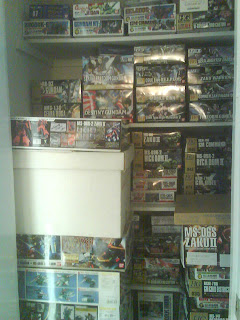 I no longer refer to myself as a model builder; I'm now a 'collector', thank you very much :)

I need to start building some of these or start selling them off on eBay before I end up a 'hoarder'...
Posted by Space Corsair at 8:50 PM 1 comment:

I always have a tough time deciding on a chapter to work on. I managed to narrow it down to a few that I liked but I was still left with several to choose from.

So I figured I'd try sculpting up each of the chapter's chapter markings on the shoulder pads and select the one that looked cooler than the others. Take a look and help me choose by letting me know which one you think is the best of the lot.

Here's a couple pics of my Warmachine Cryx force done to a tabletop gaming quality from several years ago. I never got a chance to game with them though. With the Mark 2 rule changes, not sure if it's even a viable force anymore. 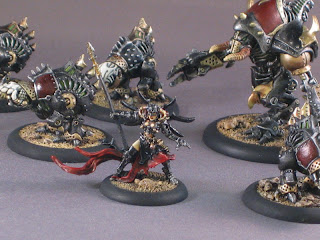 Today seems an auspicious day to begin my blog.


I will be writing about my various hobby projects. From designing, collecting, building, customizing, painting, sculpting to gaming with various forms of  battle suits, ranging from fantasy warriors in armor to futuristic powered armored troopers.

Majority of my posts will be about my projects for sculpting 28mm miniatures for fun and profit ;)

I will also be posting about my ongoing efforts to reduce the ever growing stacks of WH40K stuff and Gundam models taking up storage space in various parts of my home.

This is my first attempt at blogging so please bear with me as I learn the process.

Thanks!
Posted by Space Corsair at 4:07 PM No comments: