I'm fan of the Tau design aesthetics; they have that uniquely 'Western' mecha design that's a refreshing alternative to the usual Japanese mecha designs.

Unfortunately for me, the design and model for their Crisis Battlesuit leaves something to be desired... 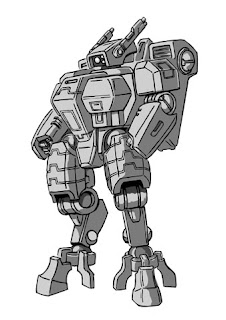 The newer FW suits are sweet, but are too pricey for me to build an army with :(

Hopefully when they update the codex, they will release a new battlesuit to replace the current one.

Here's my initial concept sketches for the battle suit. As usual I'll be making changes to the design as I work on the sculpt, but it's good enough for now as a starting point. 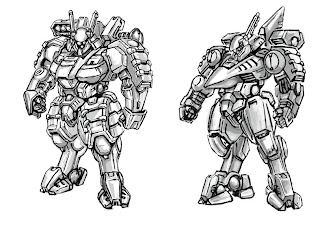 I plan on sculpting these digitally on a 3D program (either Maya or 3ds Max) in a month or two.

For this project, I'm doing a design based off the Shirow Masamune's Appleseed Landmate configuration with the pilot's leg encased in the thigh armor (the Tau Crisis Battlesuit was described as being worn this way in the Fire Warrior 40k novel as well.).

My initial design criteria for this projects is: 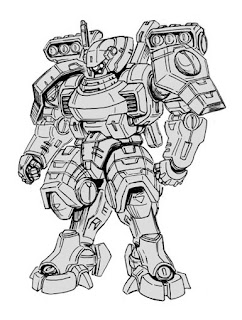 Email ThisBlogThis!Share to TwitterShare to FacebookShare to Pinterest
Labels: Battlesuit

After reading the Ciaphas Cain omnibus books from the Black Library, I felt inspired to start working on my own version of the female guards. 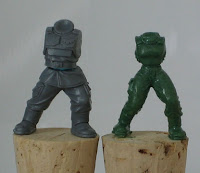 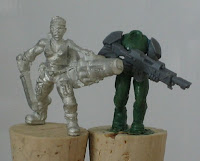 Progress update on our merry band of Manshees :) 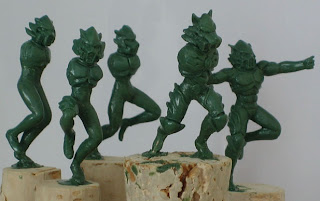 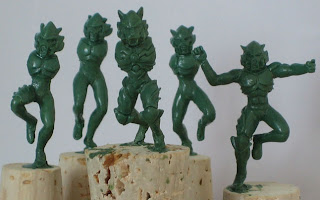 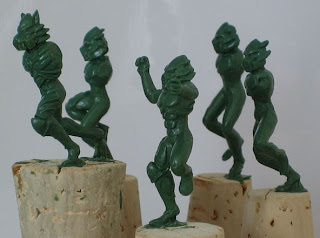 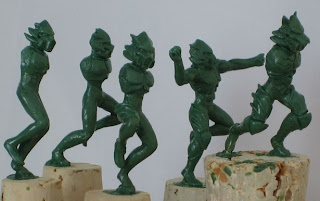 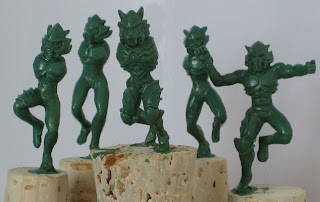 Posted by Space Corsair at 7:39 PM No comments: